Invite ˹all˺ to the Way of your Lord with wisdom and kind advice, and only debate with them in the best manner. Surely your Lord ˹alone˺ knows best who has strayed from His Way and who is ˹rightly˺ guided. Quran 16:125

You are the best nation produced [as an example] for mankind. You enjoin what is right and forbid what is wrong and believe in Allah. If only the People of the Scripture had believed, it would have been better for them. Among them are believers, but most of them are defiantly disobedient. Quran 3:110

Let there be a group among you who call ˹others˺ to goodness, encourage what is good, and forbid what is evil—it is they who will be successful. Quran 3:104

Please contact us before joining us in Dawah to better coordinate (843 813-8685). Our Street Dawah is based in Housten, Texas downtown and we coordinate in Clear Lake Islamic Center.

Calling others to Islam is an honourable mission. This is the work of the Prophets and Messengers. The Messenger (peace and blessings of Allaah be upon him) explained that his mission in life, and the mission of his followers, is to call people to Allaah. Allaah says (interpretation of the meaning): “Say (O Muhammad): ‘This is my way; I invite unto Allaah (i.e. to the Oneness of Allaah — Islamic Monotheism) with sure knowledge, I and whosoever follows me (also must invite others to Allaah, i.e. to the Oneness of Allaah — Islamic Monotheism with sure knowledge). And Glorified and Exalted be Allaah (above all that they associate as partners with Him). And I am not of the Mushrikoon (polytheists, pagans, idolaters and disbelievers in the Oneness of Allaah; those who worship others along with Allaah or set up rivals or partners to Allaah)’”[Yoosuf 12:108] The Muslims in general and the scholars in particular are commanded to call people to Islam, as Allaah says (interpretation of the meaning): “Let there arise out of you a group of people inviting to all that is good (Islam), enjoining Al-Ma‘roof (i.e. Islamic Monotheism and all that Islam orders one to do) and forbidding Al-Munkar (polytheism and disbelief and all that Islam has forbidden). And it is they who are the successful”[Aal ‘Imraan 3:104]

The Prophet (peace and blessings of Allaah be upon him) said: “Convey from me even if it is (only) one aayah.” (Narrated by al-Bukhaari, 3461) Calling people to Allaah is an important task and a glorious mission, because it means calling people to worship Allaah alone. It means bringing them forth from darkness to the light, planting goodness in the place of evil and truth in the place of falsehood. Hence whoever does this needs to have knowledge, understanding, patience, forbearance, gentleness and kindness. He needs to give of his wealth and of himself, and he needs to understand people’s circumstances and habits.

The way to do Dawah

Allaah says (interpretation of the meaning): “Invite (mankind, O Muhammad) to the way of your Lord (i.e. Islam) with wisdom (i.e. with the Divine Revelation and the Qur’aan) and fair preaching, and argue with them in a way that is better. Truly, your Lord knows best who has gone astray from His path, and He is the Best Aware of those who are guided” [al-Nahl 16:125] Allaah blessed His Messenger with the words (interpretation of the meaning): “And by the Mercy of Allaah, you dealt with them gently. And had you been severe and harsh-hearted, they would have broken away from about you; so pass over (their faults), and ask (Allaah’s) forgiveness for them; and consult them in the affairs” [Aal ‘Imraan 3:159] The daa’iyah (caller) may be faced with debates in his da’wah activities, especially with the People of the Book. Allaah has commanded us, if it reaches the point of debate, to debate in a manner that is better, which is with kindness and gentleness, explaining the principles of Islam as they came, pure and simple, in a kindly manner and with no element of compulsion. Allaah says (interpretation of the meaning): “And argue not with the people of the Scripture (Jews and Christians), unless it be in (a way) that is better (with good words and in good manner, inviting them to Islamic Monotheism with His Verses), except with such of them as do wrong; and say (to them): ‘We believe in that which has been revealed to us and revealed to you; our Ilaah (God) and your Ilaah (God) is One (i.e. Allaah), and to Him we have submitted (as Muslims)’” [al-‘Ankaboot 29:46]

Dawah is a virtous act

Calling people to Allaah is a virtuous deed which brings great reward. The Prophet (peace and blessings of Allaah be upon him) said: “Whoever calls others to guidance will have a reward like the rewards of those who follow him, without that detracting from their reward in any way. And whoever calls others to misguidance will have a burden of sin like the burden of those who follow him, without that detracting from their burden in any way.”(Narrated by Muslim, 2674) If building a physical structure needs effort and patience until it is complete, then building souls and guiding them to the truth also needs patience and sacrifice. The Messenger (peace and blessings of Allaah be upon him) called people to Islam, patiently bearing the persecution of the kuffaar, Jews and hypocrites. They made fun of him and disbelieved in him; they insulted him and threw stones at him; they said that he was a sorcerer or a madman; they accused him of being a poet or a soothsayer – but he (peace and blessings of Allaah be upon him) bore all that with patience until Allaah granted him victory and caused His religion to prevail. So the daa’iyah must follow his example: “So be patient (O Muhammad). Verily, the Promise of Allaah is true; and let not those who have no certainty of Faith discourage you from conveying Allaah’s Message (which you are obliged to convey)[al-Room 30:60 – interpretation of the meaning] The Muslims must follow the example and guidance of their Messenger and call others to Islam, bearing insults and harm with patience for the sake of Allaah, as their Messenger (peace and blessings of Allaah be upon him) did: “Indeed in the Messenger of Allaah (Muhammad) you have a good example to follow for him who hopes for (the Meeting with) Allaah and the Last Day, and remembers Allaah much” [al-Ahzaab 33:21 – interpretation of the meaning] The well-being and happiness of this ummah are only to be found in following this religion. Hence Allaah commanded us to convey the message to all of mankind, as He says (interpretation of the meaning): “This (Qur’aan) is a Message for mankind (and a clear proof against them), in order that they may be warned thereby, and that they may know that He is the only One Ilaah (God — Allaah) — (none has the right to be worshipped but Allaah) — and that men of understanding may take heed [Ibraaheem 14:52]

Wake up Call to Muslims by Ali Dawah 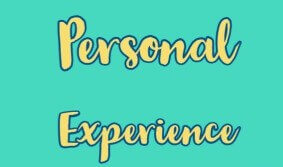 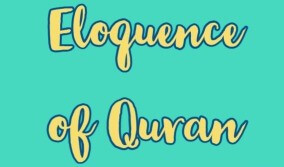 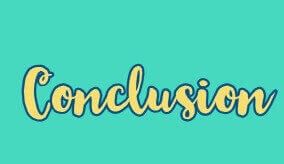